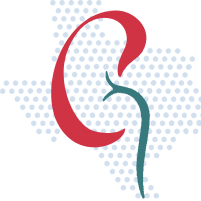 It’s normal to have some protein in your urine, but if you have large amounts, referred to as proteinuria, it may be a sign of kidney disease. The skilled team at Houston Kidney Specialists Center, which has four locations throughout Houston and Cypress, Texas, can help determine the cause of proteinuria and design a treatment plan to improve your condition. If you have protein in your urine, and concerns about kidney health, make an appointment by calling the nearest office or booking online today.

There are several reasons you may have protein in your urine, some are benign, and others are more concerning, including:

Your Houston Kidney Specialists Center provider can help you determine the cause of proteinuria and design a customized treatment plan to manage your condition.

What are the types of proteinuria?

Proteinuria is classified into categories based on the reason for the protein loss and how often it happens.

How do I know if I have proteinuria?

You may not experience any symptoms that indicate you have high levels of protein in your urine. The only way to know is through a urine test. However, some people with proteinuria experience swelling in the abdomen, legs, or face, especially if they’re losing large amounts of protein.

How is proteinuria managed?

Most forms of proteinuria resolve on their own without the need for treatment. However, if you have persistent proteinuria, you may require treatment aimed at preserving your kidney function.

If your persistent proteinuria has not yet affected kidney function, the team at Houston Kidney Specialists Center may prescribe blood pressure medication to help keep your kidneys healthy.

However, if it appears that your proteinuria is related to a decrease in kidney function, then the underlying cause of your kidney disease is treated to help preserve kidney function and decrease the protein loss.

If you’ve been told you’re losing protein in your urine and have concerns about your kidney health, call Houston Kidney Specialists Center, or book an appointment online today.